By late 1928, Al Capone was one of the most flamboyant and successful criminals in the country. His power in the Chicago area was as awesome as his intrinsic cruelty.

Capone, with his extravagant lifestyle, had not filed an income tax return for several key years. His vulnerability to the IRS was even greater when the Supreme Court handed down the Sullivan decision. No longer could a criminal claim that income from illegal activities was exempt from income taxes on the grounds that reporting the illegal income was self-incriminating. While Capone's lawyers must have warned him of the ramifications of this ruling, Capone still didn't get the message. Even after his brother Ralph and other gangsters were being indicted on tax evasion, Capone did not protect himself from prosecution.

Finding honest men amongst the corruption-ridden Prohibition Bureau was no easy task. Ness, it seemed, was one of the very few agents who had earned a reputation for reliability and honesty. Through the recommendations of his brother-in-law, who enjoyed a very high profile as an elite law enforcement officer, Eliot was tasked with assembling and leading the team to go after Capone's breweries and hard liquor operations.

Initially Ness selected about fifty men, which he quickly whittled down to fifteen. An intensive investigation left him with just nine: 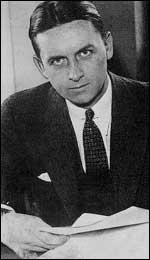 1. Marty Lahart an Irish sports and fitness enthusiast
2. Sam Seager a tough, but unobtrusive looking man who had once been a Sing Sing death row guard
3. Barney Cloonan a giant muscular, black-haired Irishman
4. Lyle Chapman a brilliant problem solver and investigator with the body and strength of the Colgate University football player he had been
5. Tom Friel a former state trooper from Pennsylvania
6. Joe Leeson a legendary genius when it came to tailing someone in an automobile
7. Paul Robsky a short, ordinary-looking man, who brought both telephone expertise and extraordinary courage to the job
8. Mike King another man unobtrusive-looking man with special talent for absorbing and analyzing facts
9. Bill Gardner an enormous former professional football player of Native American descent.

Even with his crack team of agents, Eliot Ness, gutsy and determined as he was, was not without human fears about the task they were facing.

Capone, the most powerful mobster at the zenith of his career, had killed or ordered murdered hundreds of men all ready. Some of these murders struck very close to home for Eliot because they were some of the few courageous law enforcement officials who dared to go after the mobster.

Others were rival gangsters working for Bugs Moran , subsequently executed in the famous St.Valentine's Day Massacre. Many other Capone-ordered murders went virtually unnoticed as minor mob associates were rubbed out for errors in judgment, incompetence, treachery or simply being at the wrong place at the wrong time.

Will Ness and his crack team be able to bring Capone down? Is Capone more power full then they could imagine? What will happen and who will win this war?

To register for this event go to Triggertyme Paintball where you can download forms and waivers.